The American Psychological Association formatting rules for citations and references (APA standards) are used by several institutions. In general, they are used in scientific publications that do not have specific rules for academic work.

They are often applied in conjunction with other formatting standards (such as ABNT or institution specific standards) to facilitate the visual presentation of academic papers.

In October 2019, APA presented the 7th edition of its Publication Manual, which replaces the 6th edition published in 2009.

This update keeps up with the changes that have taken place in the academic world, where the citation of material online has become more common, the search for an inclusive language has gained greater importance, and research has received the addition of new methods and technologies.

APA standards are generally used in citations, references, charts and tables. To do it in FastFormat, you can create a document using any generic template (such as ABNT) and, in the “Options” window, select “APA” for the references style option.

In this guide, we will focus on citations, which are the elements that cause the most doubts for most authors.

What are citations and how do I use APA standards to make them?

Citation is when the author of an academic text uses the ideas of other authors to highlight what he is saying within its content.

They should be done whenever the author wants to emphasize something, using concepts and terms that are not their own. For this, it is necessary to follow a series of pre-established rules in the APA standards.

Usually, citations are formed by the surname of the cited author, the publication date of the work and the pages from which the original sentence was taken. At the end of the academic paper, the cited work must be referenced, also following a series of rules.

See below how to cite and reference work using the APA standards.

Direct citations (or quote) are the original sentences of the work that is being cited. They must contain the author’s last name, as well as the date of publication. If it has less than 40 words, the phrase must be included in the main paragraph using quotation marks. Those that exceed this amount must be written in a new paragraph, with a 1.25 cm indent, size and font equal to the main text and single spacing. In the references, the place of edition is no longer used.

Direct citation of material from the internet

In the case of web content citations, it is necessary to inform both the author’s name, the year of publication and the number of pages in parentheses. For materials that do not have pagination, you must use the paragraph number or heading or section name.

In references, however, entries must be made by the website and not by paragraph or section. In addition, URLs are no longer need to be preceded by the expression “Recovered from:”, unless a recovery date is required, and the Digital Object Identified (DOI) codes appear in the form of a URL.

Indirect citation is when the writer describes, in his own words, the ideas and concepts of other authors. He/she can either make a reference or paraphrase the other author. Here, the same rule of surname and year is followed, and the use of numbering is not necessary.

Furthermore, in this type of citation, there is no minimum or maximum number of words. However, it is necessary for the writer to be aware that the passage is not too long in order to avoid the citation context getting lost.

In many cases, the writer needs to use an excerpt that contains a sentence from another work. Called “in-text citation”, this form of reference must also follow APA standards.

You must put the name of the author of the original work, followed by the year (if it available) and the term “as cited in”. Then, you need to put the author, year and page of the work you are consulting. In the references, just put the data of the consulted work.

The name of the author of the consulted work can be placed either inside or outside parentheses, always with the first letter capitalized and accompanied by the year of publication The same goes for the reference, which must also contain the year and the publisher who published the work.

In the case of books, articles or scientific papers taken from the internet, the reference must also include the link to access the material, after “Available at: ”. This rule is valid for materials with different numbers of authors.

In the case of works with two authors, the surnames must be placed according to the order of the original material, always with the first letter capitalized and followed by the year of publication. The rules of reference remain the same for works with one author.

Citation with three or more authors

From the first citation, write only the name of the first author with year of publication and “et al”.

In many cases, the writer can choose to use several authors who follow the same idea. In this case, it is necessary to put the author’s last name and year of each cited work, separated by semicolons and inside parentheses. The order must be the same as the references.

In the references, it is allowed to enter up to 20 names of authors before including ellipses (three little dots). Previously, the ellipses were applied from the 7th author’s name.

It is also very common that many authors have the same last name. According to APA rules, to organize these citations, it is necessary to place the consulted author’s initials before the surname and followed by the year of publication of the work. You can place the information either inside or outside parentheses.

Citation by the same author with multiple publication dates

Another very common case is that the same work can be republished in different years. If the editor consults these different versions, he/she should mention the author’s name (always with the first letter in capital), followed by the years of publication of the work, in parentheses.

It is generally used when citing data from Government agencies, entities, corporations and associations. In the first citation, the institution’s name must be written in full, followed by the year of publication of the work. In the subsequent quotes, the abbreviation of the name and the year are placed.

These are the most used citations within academic papers. It is important to emphasize that the APA standards are generally used only for citations and references, the other textual elements follow other specific norms, such as ABNT or institution specific rules.

How to write the Final Year / Senior Project conclusion?

Theoretical Foundation: how to do it right

How to create an effective Abstract (5 steps and examples) 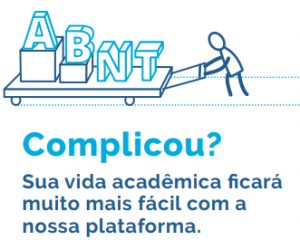 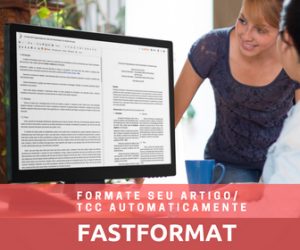